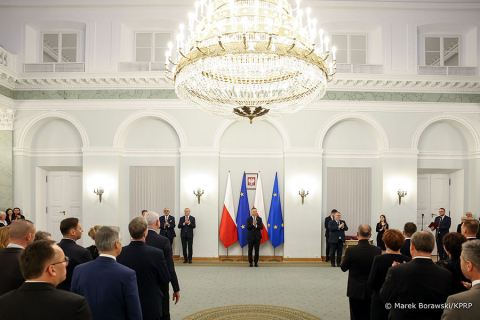 On December 15 this year, the President of the Republic of Poland Andrzej Duda handed professorial nominations. Among the newly appointed were the academic staff of the Medical University of Warsaw.

The nomination acts were awarded to:

During the ceremony, which took place at the Presidential Palace, 69 academic teachers and employees of science and art received professorial nominations.