MUW high in the Times Higher Education by Subject 2022 ranking 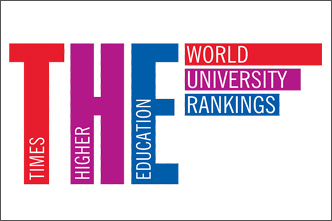 On September 16, the prestigious Times Higher Education World University Rankings by Subject 2022 were announced in four areas: clinical and health, life sciences, physical sciences as well as psychology. Our University was among 925 universities ranked in the clinical and health field, maintaining its last year's 601+ position.

The universities included in the ranking are leaders in medicine, dentistry and other medical subjects. Among the national universities, the Jagiellonian University is leading in the ranking, it took 251-300 position. In addition to MUW, the group of universities with 601+ position included: the Medical University of Białystok, the Nicolaus Copernicus University in Toruń and the University of Warmia and Mazury in Olsztyn. The Oxford University took the leading position followed by the Harvard University and Imperial College London.
The Ranking by Subject is based on the proven indicators used in the Times Higher Education World University Rankings 2022, although its methodology has been adapted for specific disciplines. More information about the methodology.