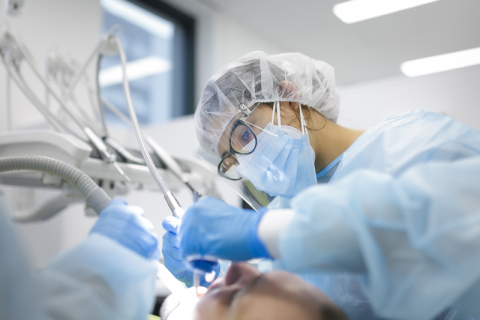 During the last session of the Medical - Dental Final Examination, dentists who graduated from our University more than two years ago ranked second among the graduates of all medical universities achieving an average of 154,79 points.

They were surpassed only by the graduates of the Jagiellonian University Medical College, who achieved an average of 160,13 points.

Former MUW students who received their diploma in the last two years also did very well - they took third place with an average of 158,87 points.

Among those who took the exam for the first time, our dentists had an average score of 156,27 points and ranked seventh.