A great advantage of the Medical University of Warsaw is its location:
the capital city - Warsaw - the largest city in Poland, the political, cultural and economic center of the country.
The city offers its residents many attractions: cinemas, museums, cafes, parks,
bike trails. Warsaw also offers stable employment with many job opportunities.

Official web-page of City of Warsaw

The Old Town with the Royal Castle,  Łazienki Park with its Palace, the Wilanów Palace complex, the Warsaw Uprising Museum or the POLIN Museum - these are just some of the places worth visiting in the capital to learn about Warsaw’s long, beautiful and often dramatic history. 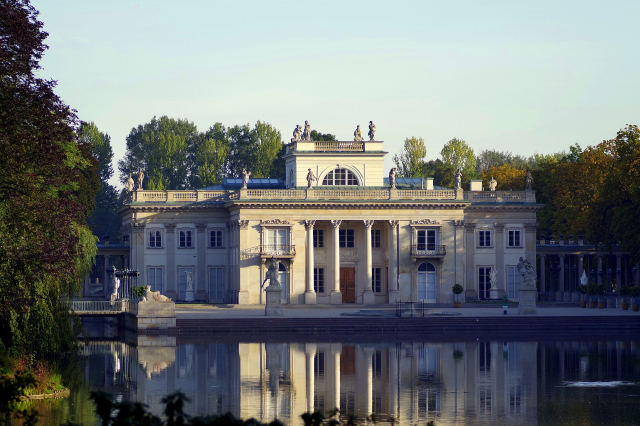 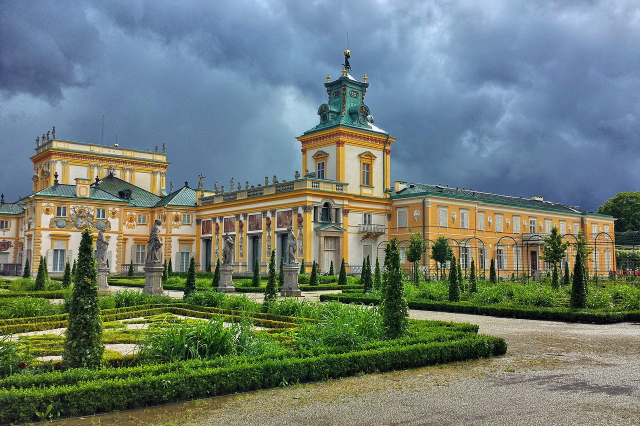 Cultural life in the capital

Warsaw abounds in theaters, cinemas, museums, galleries, and music venues where you can experience the arts and science in many forms. The city also offers many interesting and varied cultural events, catering for all ages and tastes, such as the Night of Museums, Student’s “Juwenalia” and Mid-summer night on the Wisłą river. Fans of the performing arts can choose from what 40 theaters of all sizes have to offer, including the Grand Theater – which is the National Opera house and the seat of the Polish National Ballet. There are to be found, performances  of masterpieces of the greatest Polish and international artists, as well as fringe theater. Movie fans of both blockbuster and low-budget films, in different languages, will always find something of interest in one of over 25 cinemas. For enthusiasts of science of different ages - many attractions await them in the Copernicus Science Center, where they can explore the laws of science by carrying out experiments individually or participating in interactive exhibitions or scientific workshops. This is only a  fraction of the entertainment Warsaw has to offer. Residents of Warsaw can also benefit from what numerous district community centers have to offer- various forms of activities and events aimed at children, teenagers and adults. 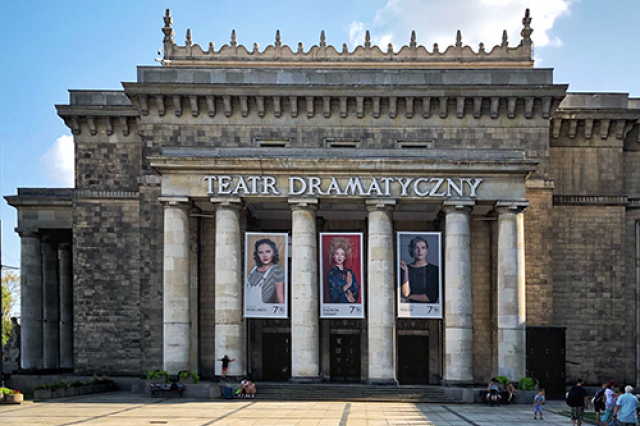 Warsaw is a city conducive to socializing and having fun in. The inhabitants of the capital love to spend their time enjoying  city entertainment events. Poles  love good food, music and dancing. There are many restaurants, cafes, pubs and clubs catering to different tastes. The Wisła boulevards and beaches on the river  are teeming with life in the summer, while in the winter, there are many open air ice skating rinks, including one in the Old Town square. 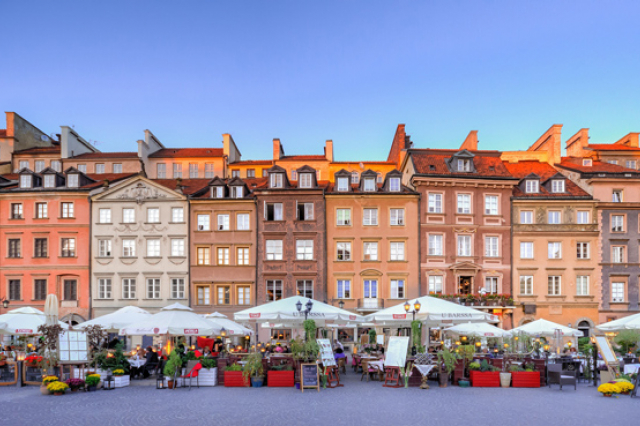 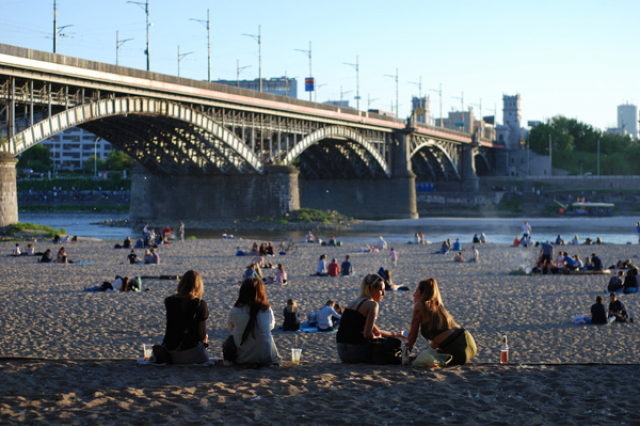 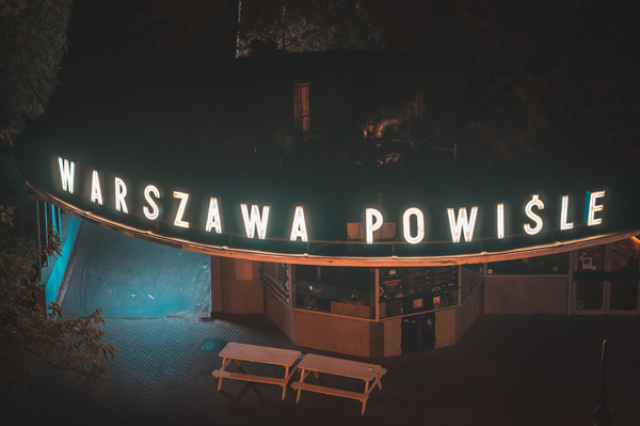 There is no time to be bored in Warsaw. Various sporting activities, bikes and scooters for hire, parks to  walk or run in, trips  to shopping centers - these are just some of the ways to spend ones free time. Sports enthusiasts can choose from a wide range of fitness clubs, gyms, including outdoor gyms – all together there are over 100 of them in Warsaw and almost 40 swimming pools - including the Olympic swimming pool in the Sports and Rehabilitation Center of the Medical University of Warsaw. You can also find free yoga , Nordic walking or zumba classes. Warsaw also abounds in bicycle paths –by following the extensive routes  you can visit the entire city and its surroundings. Those  who enjoy walking and want to learn a bit of Warsaw's history can join guided walks and discover some of Warsaw’s most interesting places: historic monuments, streets and buildings. In the capital there is no shortage of all kinds of places to spend a pleasant afternoon or evening with friends and family: restaurants offering a variety of menus, or cafes with extraordinary concerts. Warsaw is also a great place for  shopping fans - the multitude of shopping centers, shops and boutiques will satisfy every need and whim! 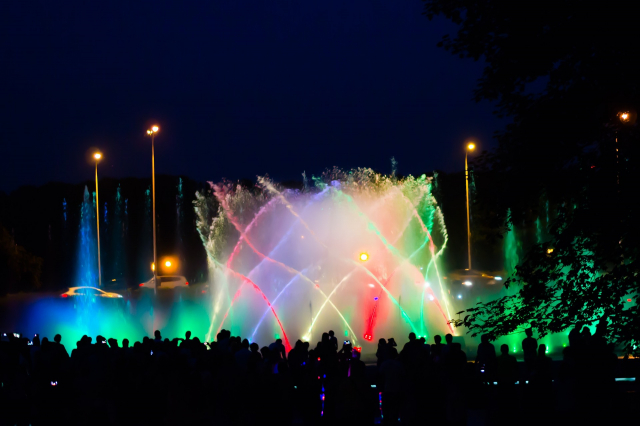 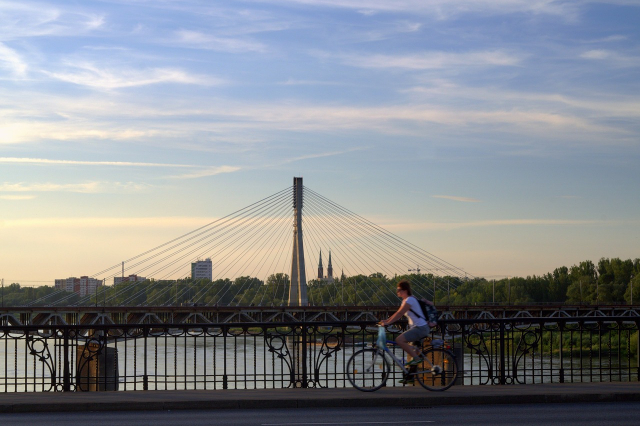 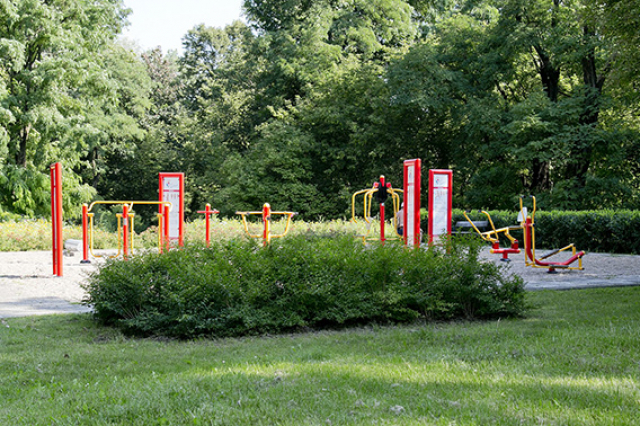 There are several hundred reference and lending libraries in Warsaw, which makes it the city with the largest book collections in Poland. The largest being the National Library with almost 9 million volumes and the Public Library of the Capital City of Warsaw - the Main Library of the Mazowieckie Voivodeship, with a collection of approximately 1.5 million volumes. In addition, there are numerous public and academic libraries, including the Library of the University of Warsaw and the Main Library of the Medical University of Warsaw, as well as specialist libraries, such as the Sejm (Parliament) Library or the Central Military Library. For those looking for source materials for classes, books to help write their Master's theses or just a peaceful place to study in - Warsaw offers a number of such locations to choose from. Libraries also conduct cultural activities: they organize exhibitions, meetings with authors and workshops for  groups of all ages and interests. 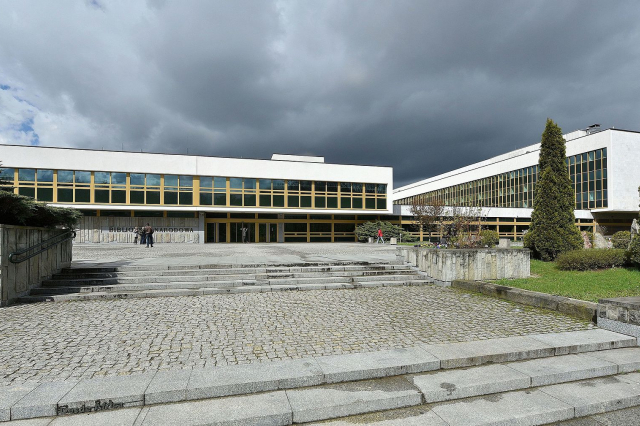 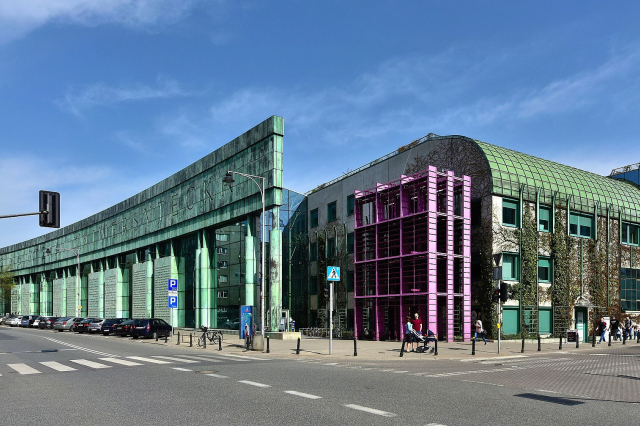 A city full of greenery

Green spaces covers almost a quarter of Warsaw's total area - it is one of the greenest cities in the world! There are as many as 79 parks in the capital, covering an area of 762 ha, and within the city's administrative boundaries there are 12 nature reserves and 6 “Natura 2000” sites. Warsaw's green areas include forests, which cover about 15% of the city's area and are of high environmental value. Thanks to the care for its green areas, Warsaw is considered to be one of the most biologically diverse European capital.

The oldest of Warsaw’s parks, where once part of the royal grounds surrounding palaces: the Saski Gardens, the Krasiński Gardens, the Royal Łazienki park, the palace and park complex in Wilanów and the Królikarnia  Park. All of these are open to the public, who can enjoy the fresh air, relax and admire the beauty of nature. 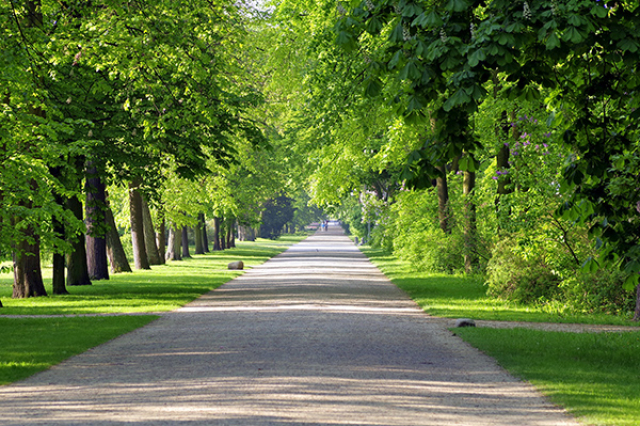 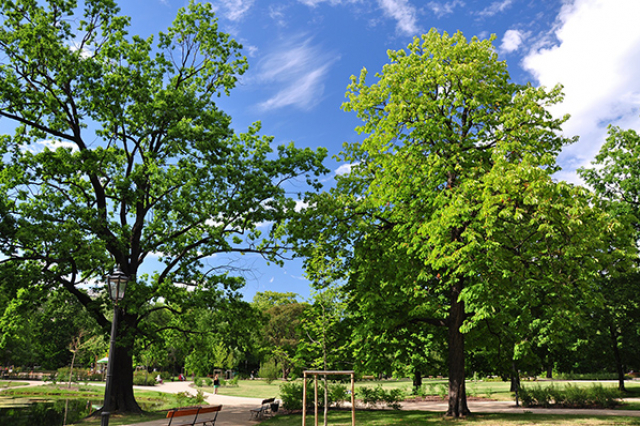 Warsaw is a very dynamically developing city. Both Polish and foreign companies operate in and around the capital, offering many interesting jobs. This makes Warsaw a perfect place for professional development, both for young people and experienced employees. In Warsaw and its vicinity there are about 50 medical entities (hospitals, medical institutes, health centers), as well as many service companies both Polish and international, from the medical and pharmaceutical industries. Medical graduates can find work in the largest teaching and municipal hospitals which specialize in various  areas of medicine, including the Central Clinical Hospital on Banach street, the Independent Public Ophthalmology Hospital, as well as hospitals devoted to pediatrics, gynecology and obstetrics. Equally interesting career prospects await graduates of pharmacy and health sciences, for whom there is employment in hospitals and institutions whose activities involve pharmacy and health care. Warsaw is the home of, among others, the Ministry of Health, the Chief Sanitary Inspectorate, the State Pharmaceutical Inspection, and the Offices for Registration of Medicinal Products, Medical Devices and Biocidal Products. 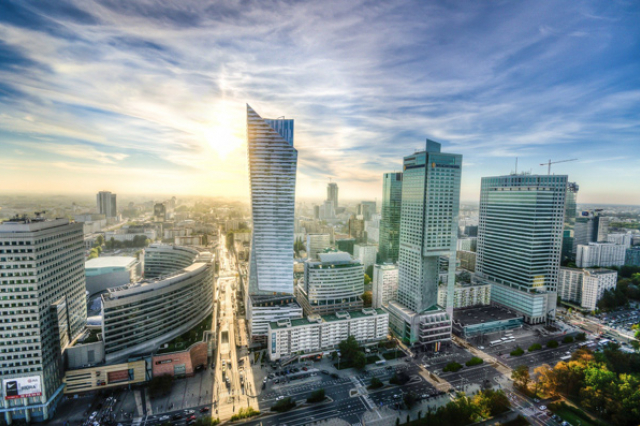 A huge advantage of the capital is its extensive network of public transport, which consists of buses, trams, the metro and SKM trains. With Warsaw Public Transport (WTP), you can quickly and conveniently move around the city and get to many towns neighboring  Warsaw. WTP vehicles can be boarded having previously purchased a ticket. These are available for purchase at many points throughout the city: ticket machines, selected kiosks and shops, Passenger Service Points and via mobile device application, this speeds up the travel process and makes it really easily accessible. A major advantage of Warsaw , is Chopin Airport - the largest airport in Poland, located southwest of the city center, which can easily be reached using public transport (12 mins. by bus from MUW). Warsaw also has a second airport at Modlin. MUW is also conveniently located for the main railway stations, which again are only a short bus ride away. 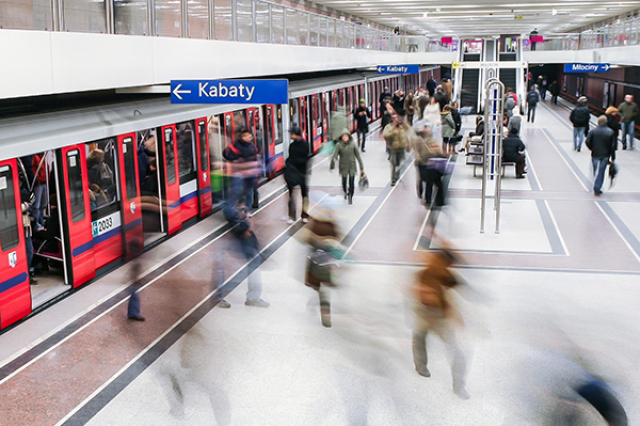 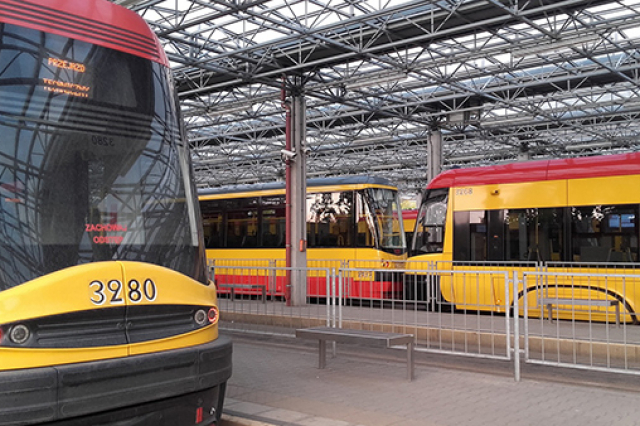 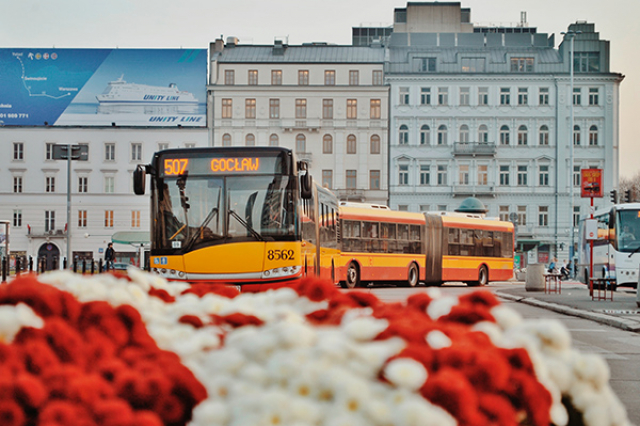