The event, organized by Nobel Media, in a partnership with AstraZeneca and in an association with Jagiellonian University, Medical University of Warsaw and Warsaw University, was the part of the Nobel Prize Inspiration Initiative - a global programme designed to help Nobel Laureates to share their inspirational stories and insights. The main guest of the event - Aaron Ciechanover - presented his view on the topic titled “Are we in the midst of a knowledge crisis? The role of science in society.”

Aaron Ciechanover is an eminent biologist and an internationally respected specialist in biochemistry and cell chemistry. Together with Avram Hershko and Irwin Rose he received The Nobel Prize in Chemistry in 2004 for the discovery of ubiquitin-mediated protein degradation. 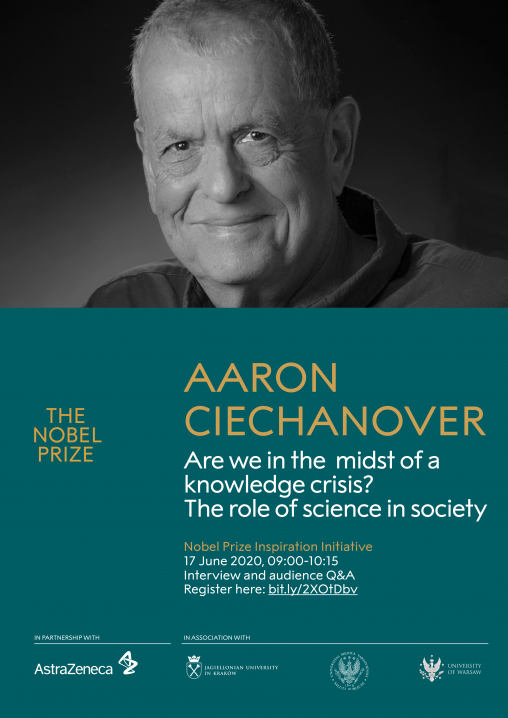